Last day on the island. I have to admit, I am starting to agree that maybe one week on the island is too much. I did think at the weekend that I might book a snorkeling trip for Monday or Tuesday, but I wasn’t enamoured with the party boat-style vessels I saw in the  waters around the island and I don’t want to end up with another bag of soggy swimming gear if I can’t get it dry before I pack. I am not really sure what to do for the day.

I do wake in time for breakfast. I go the dining room and get an omelette. There’s a French couple also eating, but apart from that the hotel is still very quiet. The staff haven’t got any more talkative either.

After eating, I go to the room and start to think about packing things up since I’m leaving tomorrow. I start tidying and putting clean items into my backpack and then gather up laundry, which I can stuff into the top of the bag tomorrow along with today’s clothes. It doesn’t take too long.

I go for a walk. I was thinking to go to Scratch again for lunch, but there’s one place I haven’t tried yet called Sunrise. When I was thinking about this trip I watched a video on YouTube by a Dutch couple who stayed here, so I have recognised the name as I’ve gone past in the last few days. I first head up to Legend’s and back down the north coast so I can get some steps in. I take some more photos of places for the blog – B-roll, of you will – and make my way along to Sunrise. 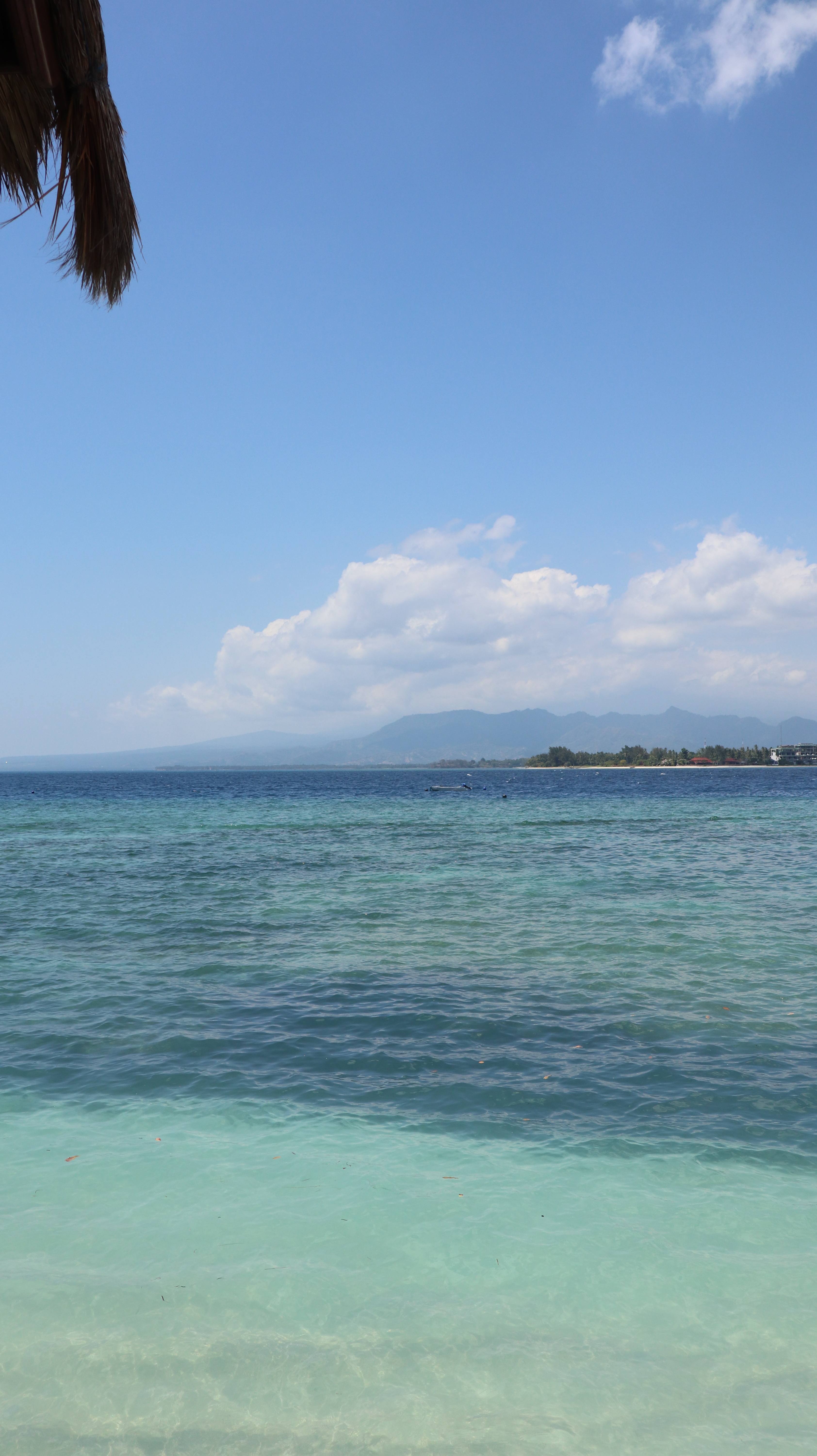 It’s more of an upscale place, which nice decking and posh sun beds and fancy tables with white linen cloths. There is a table in the shade of a tree, so I nab it and get a coffee while reading my book. I’m going to eat, but it’s not quite lunch time yet so I get a drink and when I’m ready order a quinoa tabbuleh.

The book is an easy read and I’m getting through it quite quickly. I’ve been here for a while now, and I have about 40 pages to go. I’m not in the mood to move, so I get a coffee and mint chocolate cake and keep reading until I finish the book. I know I would never read so quickly if I had my phone with me because I would probably only end up getting Wi-Fi and browsing aimlessly. It’s nice to be sitting close the water – the deck is open, rather than having day beds limiting the view – and there is a cool breeze. I’m enjoying it here.

When I’ve finished I pay up and head back to the hotel to finish packing. It’s about 3 pm when I get there and I’m done by about 3.30. I finish packing some other bits and just chill out in the air conditioning as it is a very hot day outside.

I am, of course, ready for sunset at around 5 pm. Although I have eaten a lot for lunch I’m thinking about the pesto pasta again. I head back to the same bar but this time it is quite full and I get a bean bag in the second row back directly opposite the love heart pergola that people seem to love posing with. Tonight’s sunset is another good one, and I spend time trying to capture it with the camera. The first few nights I got better with manual mode but sometimes the pictures would come out a bit blurry. It was only a couple of days ago that I realised that I had to focus manually so now I am able to capture the scene a bit better, I think.

As the sun goes down I put the camera away and watch as the fiery red globe sinks below the mountains. It’s my last Lombok sunset, and I want to watch it with my own eyes instead of through a screen.

There’s another band tonight. I’m right next to the stage but not facing it. I’ve brought my other book – Men At Arms by Evelyn Waugh – because the bar has roof lights that give enough light to read by – and I get the pasta and garlic bread again. I order earlier than I usually do – it’s still quite light, and I usually eat when the sun has gone completely and the starts are out – but tonight I’m rather hungry for some reason. The new band is a four-piece and they go through almost the same songs as the singe last night in almost the same order – You’re Beautiful, Thinking Out Loud, Kingston Town. They’re okay, but it’s getting a bit samey to hear the same songs over and over.

When I nip to the bathroom and I see a roach crawling along the path to the toilet. Ugh, I hate those things. It’s still there when I come out, and it creeps me out a little.

I thought I might stay longer like I did last night, given that it is my final evening here, but actually I’m ready to leave a little sooner. I have in mind a delicious chocolate mousse from Breadelicious, so guess where I end up? I get the book out and read a bit, but I can’t quite get into it. I tried to read this book a few years ago – I first started to read Waugh about ten years ago, and for some reason I’ve been making my way through his books in sequential order; I’m up to the Sword of Honour trilogy now, but about two thirds of the way through Men at Arms I stopped reading it and never finished it. Although the story is coming back to me, I’ve got other things on my mind.

It’s hit me that only next week I will be preparing to leave and go back to Korea. I’ve been on the road for a month, which feels like it has flown by. One of the reasons that I came on such a long trip was because for the last couple of years I’ve been feeling bored of living in Korea and I wanted a change of scene. Another reason was because I’ve started to feel that it might be time to leave. I’m lucky to have the job that I have and the time off that I have, but I feel the many compromises one has to make as a foreigner are not worth it any more. This trip is a chance for me to get some thoughts together, and the overwhelming feeling that I have is that I don’t really want to go back. I even contemplate sending a resignation email to the university I teach at, even though it is short notice.

I’m sitting on a chair outside Breadalicious as I mull this over. No one is inside, and the only other person in the garden area is a European woman reading a book. I sit hunched over resting my chin on my fist and sighing. It’s not quite a grand finale to my week on the island.

I look to the side as I’m thinking and I notice a big roach scuttling on the paving slab. Not another bloody one. I’m set on edge now that I’ve seen it. Although it was a good few feet away, just knowing that there’s something around makes me feel uneasy.

I gather my book and my bag and head off back to the hotel. I finish the packing that I can do tonight, check that I have the boat and bus ticket in my wallet still and go to bed hoping that the alarm on my Apple Watch wakes me up in time now that I don’t have a phone. Tomorrow it’s back to Bali, and my time on the island has come to an end.