A travel day. Now that I have seen a bit of Tokyo, it’s time for the next step of my trip to Japan, which is to visit Kyoto.

I have visions of Kyoto being a quaint little town full of old Japanese-style buildings and geishas, which is the impression I have taken from seeing some photos of it. I don’t actually much about the city, save that it was once the capital of Japan and it full of beautiful old buildings. I have high hopes, having felt that I didn’t really scratch the surface of Tokyo.

I booked a Shinkansen bullet train when I arrived at Narita airport a few days ago. I paid 14,100 yen for my ticket. I booked quickly because I read that the first few days of the new year are a big travel time for the Japanese as they return to their hometowns or visit relatives. Indeed, the calendar on the information centre’s desk had the first week of January marked out as peak season. I’ve taken the impression that the train is going to be super-busy.

I booked the train from Shinagawa station instead of Tokyo station, mainly because first it is nearer to the flat, and secondly because the lady at the information centre said the station is easier to navigate than Tokyo station. That said, I’ve come to realise that Shinagawa is not actually on any subway line, and to get there I’m either going to have to walk the whole way (about 3 km) or try and get a taxi. I haven’t really seen taxis around the area of the flat, though, so I get up early and prepare myself for the long walk.

As luck would have it, as I get to the nearest road from the flat – the flat is on a quiet residential street with barely any passing traffic – a taxi comes sailing by. I flag it down – I’m unsure of the protocol in Japan – and he stops and lets me in. I say Shinagawa and then Shinkansen and he nods. I’ve heard and read that taxi drivers don’t know much English, but thankfully he seems to know where I want to go.

I left around 75 minutes earlier than the train is due to depart to allow time for walking, and now I find myself with an hour to kill. As I enter the complex, I see a Starbucks above the Shinkansen track entrances. Maybe I’ll just get an Americano and wait there? I decide to keep walking around first, however, just to see what’s around. It’s just a train station at the end of the day, so I head to the Starbucks and wait until 11.00 am and the make my way down to the tracks. My train is due to depart at 11.13.

As the train pulls onto the platform I join a couple of other tourists in taking pictures and videos. It’s certainly an unusual-looking machine, but it’s also, I guess, an iconic part of Japan. Once inside, it’s just like a normal train, except it has a 3-2 layout instead of a 2-2 layout. I squeeze into my window seat (the only one the information woman could get that would be on the right side to see Mt. Fuji) and settle in for the ride. 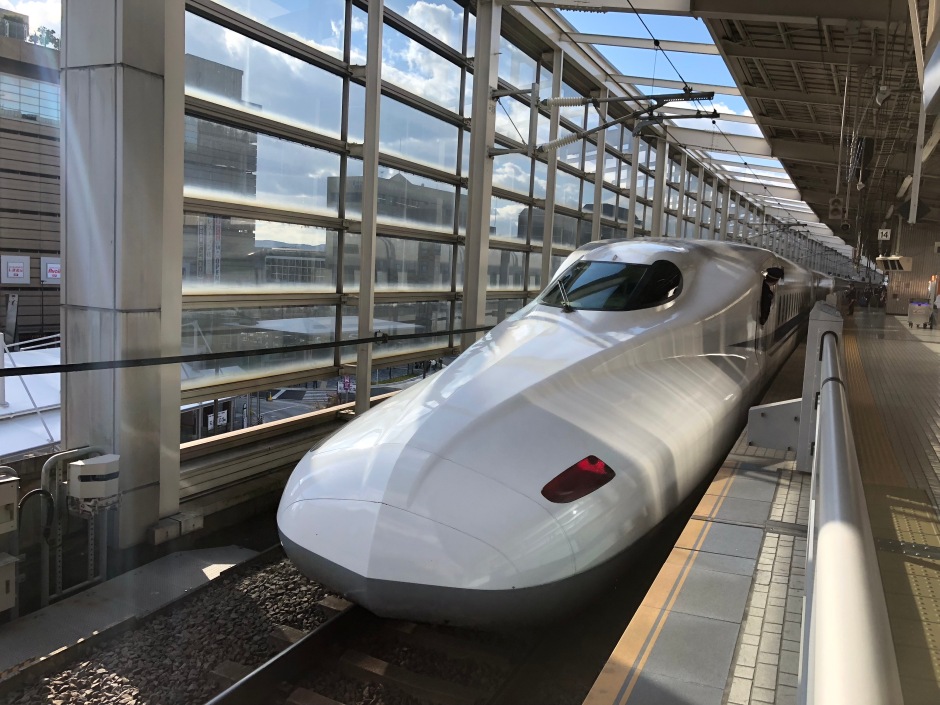 We depart on time, of course. Japanese trains leave on the second that they are supposed to. I settle back and I’m browsing my phone for music when I see Fuji out of the window. Again, I didn’t expect it to be so close. Houses and buildings zip past as we pick up speed. Every couple of minutes she appears again and I do the tourist thing of trying to take photos out of the window, even though I never see the point of doing that.

A while later Fuji emerges again, this time much clearer and closer than she was before. Now I have to take pictures. Luckily, the man next to me has shuffled off the to the smoking cabinet in the carriage next door so I am able to extend my arm and attempt a selfie.

The rest of the journey goes smoothly. I settle back and listen to music. We make a stop in Nagoya and then continue to Kyoto. About fifteen minutes before we are due to arrive I remember that on my first trip to Japan in 2005, which was to do a visa run in Osaka for my first teaching job in Korea, I had an old MP3 player with me and I was really into the Nick Cave album Abattoir Blues/The Lyre of Orpheus. Whenever I hear some of the songs from that album I’m reminded of sitting on the train going from Osaka back to the the airport as the sun went down. I browse my playlists and find the album and I watch Japan slide by as I slip into nostalgia.

Kyoto station is manic. Much more hectic and crowded than Shinagawa was. There are lots of tourists here and thousands of people streaming in all directions. I take a moment outside to put my bag down and browse Google Maps and find my hotel. It’s pretty much a straight walk and should take around 30 minutes to get there. It’s 1.30 pm by now – the train took just over two hours – and I stop for something to eat in a bakery before making my way out into the streets.

Immediately I see Kyoto tower rising above the buildings, and as I follow the map’s route I see some interesting temples and old buildings. I weave through the streets with my backpack on, stopping to take some pictures of interesting sights. It takes me about 45 minutes to get to the hotel and then I check in. 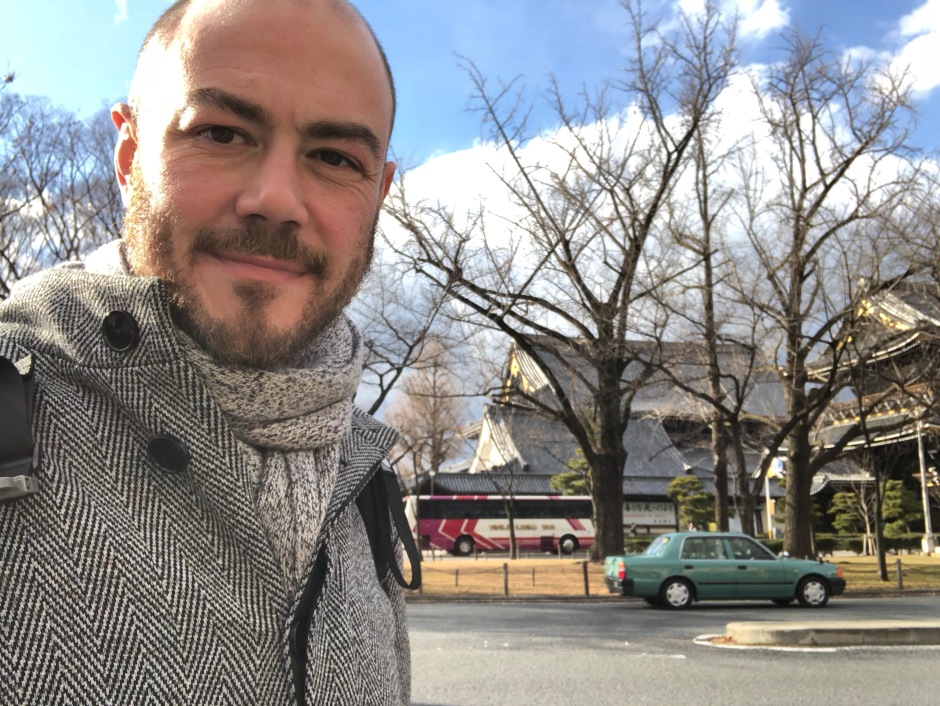 Since it’s now mid-afternoon and too late to embark on any temple tours – it gets dark around 4.30 pm here – I decide to look at Nishiki market, which is just a couple streets away. A quick google search reveals that the market dates back centuries and is often referred to as the kitchen of Kyoto. I cross the streets and quickly find it. It is a large covered complex and I enter through a side door that leads me down a crowded and busy ‘indoor’ street. Food is for sale and people crowd around taking samples. There are shops inside too, selling artisanal gifts and souvenirs. I get some postcards in a shop and continue threading my way through. 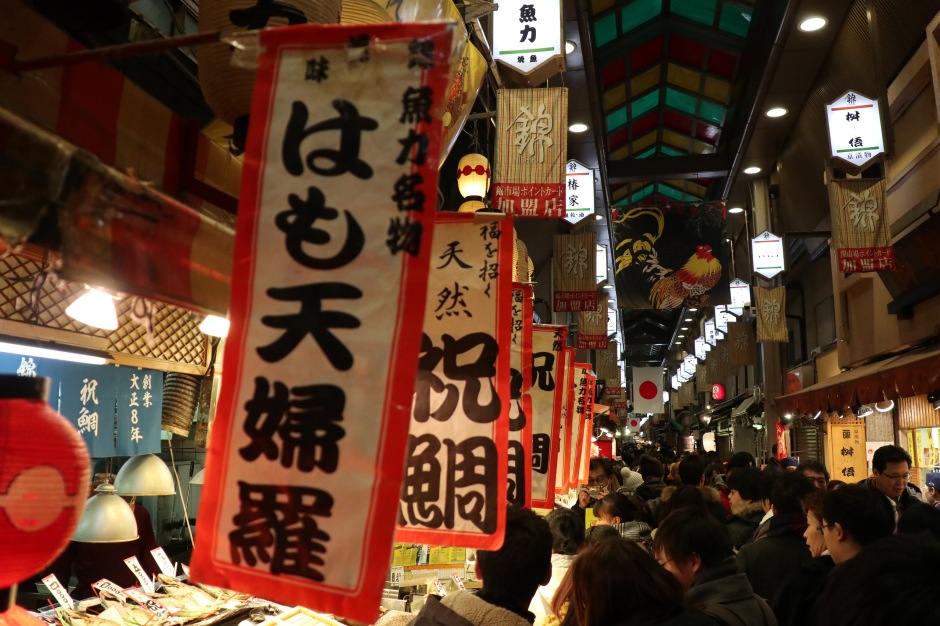 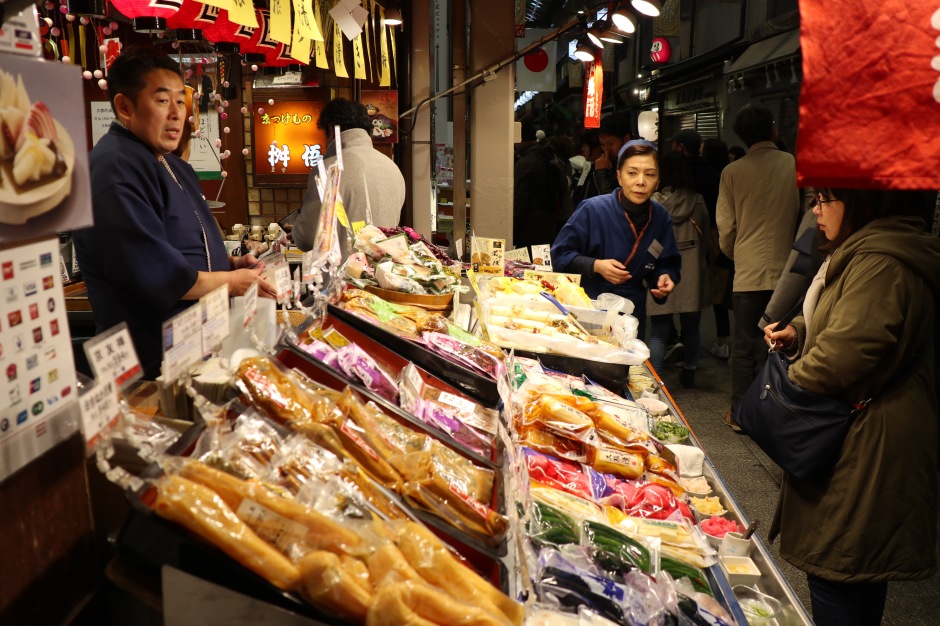 Outside the market I come to a small canal. I’ve read that this is Kyoto’s entertainment area, and you will find bars and restaurants lining the waterside. It’s only a small canal, and I follow it north, soon coming to a main street. I cross over and have a coffee, then cross back and get ramen noodles. I have had a hankering for them, and I have read about a place that I suddenly realise is across the street from the coffee shop. It’s a small place, but it is tremendously tasty. I suddenly think to myself that I will probably just eat there all three nights that I’m here.

By now I’m tired. I wander back along the main street, attracted by a street in the distance that has lights strung across it, but it turns out to be a more modern extension of the Nishiki market. Since I’m now walking west and I had walked north, it makes sense that I should turn to the south and walk back, which the map confirms. As I do so, I come across a small temple inside the market and have a wander around for a few minutes. It’s crowded with tourists and worshippers alike, worshippers who are performing some of the same rituals as those I saw in the shrines in Tokyo. 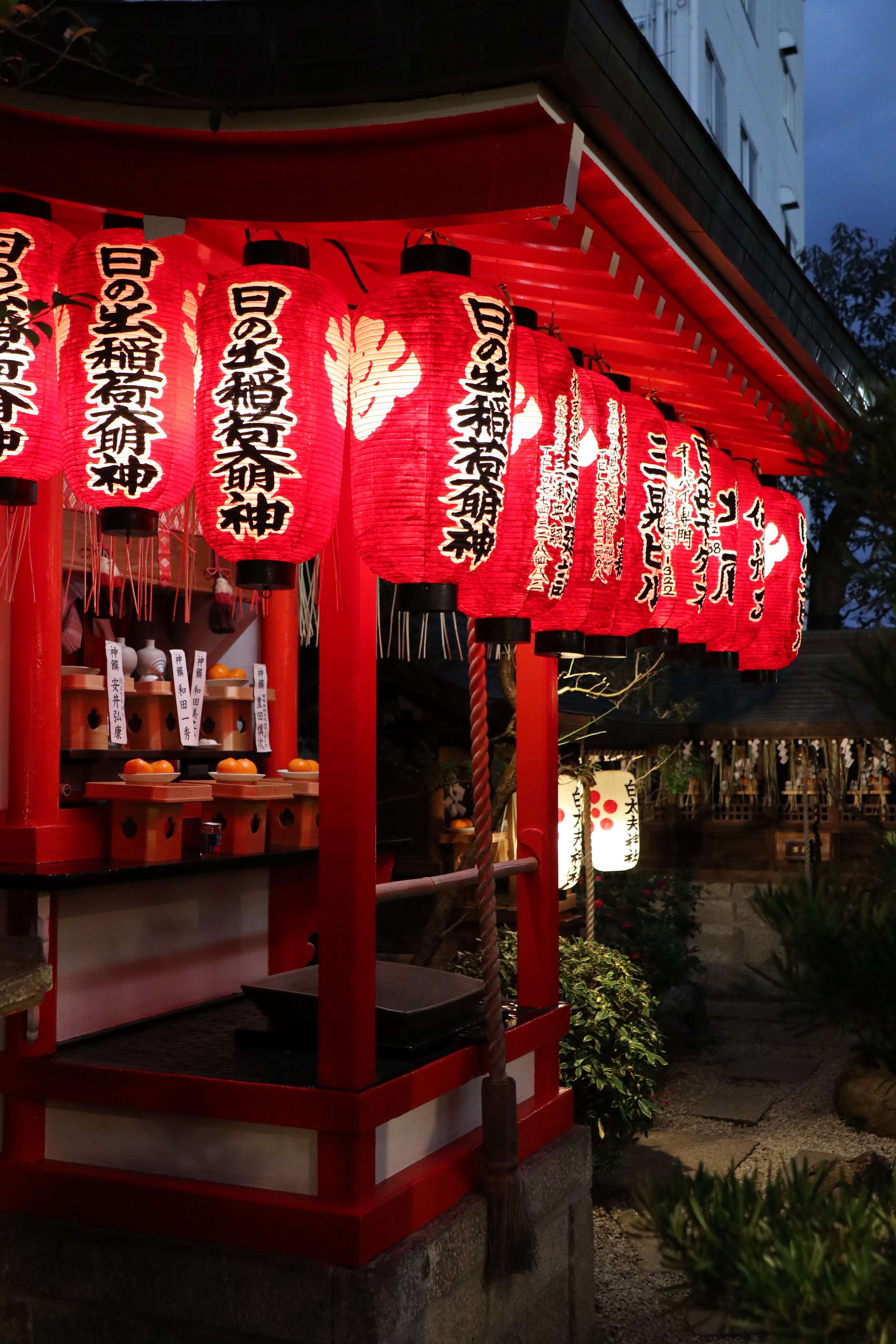 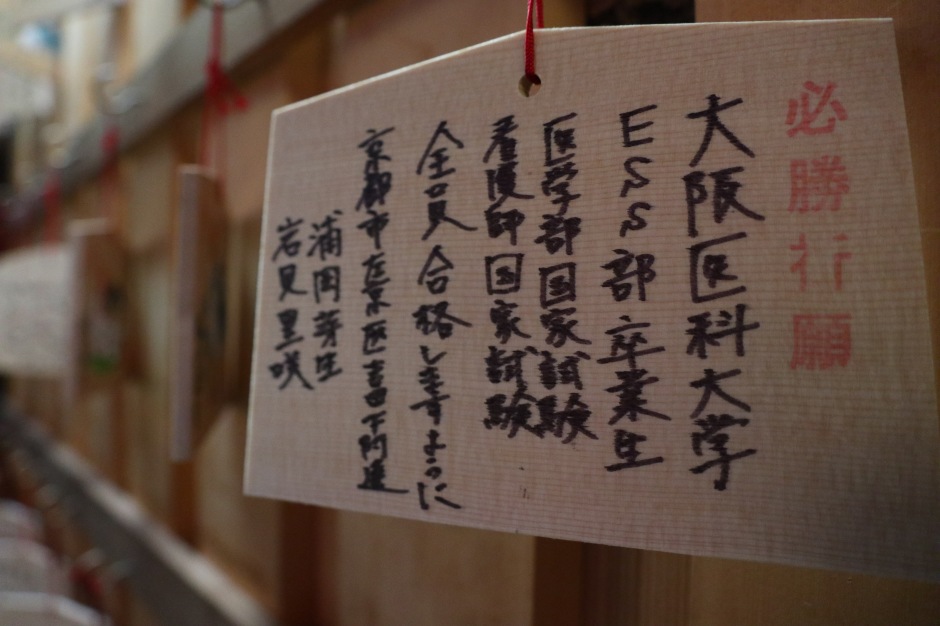 With that I am ready to end my day in Kyoto. I’m suddenly tired and I feel like a rest. I stop at a bakery to get tomorrow’s breakfast, and then I retire to the room. It’s small and compact, but the bed is comfortable. I’m ready for a longer day of walking around Kyoto tomorrow, and I’m excited to see some of the famous shrines and temples.

Begin typing your search above and press return to search. Press Esc to cancel.